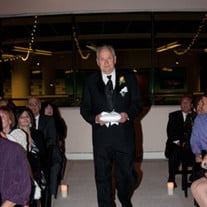 John Gaines Bellamy, Jr. December 9th, 1947 – December 18th, 2017   Life Legacy: John G Bellamy of Deland passed away on Dec 18th, 2017 at Florida Hospital Deland. Johnny was born in Sparta, Tennessee but spent the majority of his life in Florida. His career included HVAC as well as owner of a billboard contracting business. Johnny was a loving husband, father, brother and “papa” who enjoyed fishing and hunting with his family and built many wonderful memories exploring the country with his wife Judy, their kids and his siblings.   Johnny will be greatly missed by his wife Judy of 48 years together; his children: Mitchell (Andrea), Jaye (Anna), Andy (Tim), Sara (Galel); his brother Jerry Bumbalough (Barb); his sister, Sue (Ron);  his 13 grandchildren: Brooke(Rudy), Sayde, Baleigh, Colton, Hunter, Gabby, Sophia, Elliot, Casey, Ricky, Shirley, Everett and Gage and two great grandchildren, Julianna and Aiden; as well as many other extended family members to include his sisters and brothers-in-law; nephews and nieces, and many friends. He is predeceased by his father John Sr. and mother, Lucille. In lieu of flowers, donations can be made to your favorite charity in John Bellamy’s name. GUESTBOOK Share your thoughts and memories in the guestbook

The family of John G Bellamy created this Life Tributes page to make it easy to share your memories.