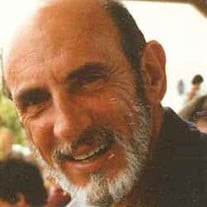 Theodore Z. “Ted” Levandoski, 86, (ret Major, US Air Force), of Deltona, formerly of Bloomfield, NJ, passed away peacefully at home, surrounded by his loving family and Yorkie dog Daisy Mae on Sept 25, 2009. Ted was born in Newark, NJ. As a young man, he discovered a love of airplanes, and joined the US Army Air Force with the passion to become a pilot. “The Wings are Mine!” he wrote in his scrapbook upon receiving his US Army Air Force pilot’s certificate on July 20, 1945. He served as Captain/Pilot of the B24 Liberator and PBY Catalina amphibious aircraft during World War II and the Korean Conflict, and was considered so knowledgeable on his aircraft that he was tapped as the expert to teach other pilots. He retired as a Major from the US Air Force Reserves with 23 years of service. He took up another mode of fast travel, and on a Honda Gold Wing motorcycle, logged many miles, traveling to Nova Scotia and New Hampshire, often with his wife as co-pilot. He was also a licensed funeral director for 44 years and operated the family business in New Jersey. His idea of a well-earned retirement included year-round warm weather, and he moved from the cold Northeast. He and his wife of 56 years, Joan, enjoyed the comfortable home they designed with a view of a quiet Deltona lake, surrounded by great neighbors, enjoying many good times with dear friends and family in the Florida weather in which they thrived. He relished meeting people, and made friends and acquaintances everywhere. In recent years, he claimed “I used to think I was lucky, now I know I am blessed!” His 26 years of retirement included many games of golf with buddies at Deltona Hills Country Club and other area courses. In later years, he savored his golf friendships with a side of maple-syrup pancakes at Perkins in Orange City. He was a devoted family man and he loved his dog. He spent many happy hours with his Yorkshire Terrier Daisy Mae, and they visited Keysville Dog Park often. He was a regular attendee of the Saturday 4 p.m. Mass at Our Lady of the Lakes Catholic Church. He always arrived an hour early so he could connect with the parishioners to whom he had grown close over the years. He will be missed by his wife Joan, his son Michael and daughter-in-law Marybeth, Bloomfield, NJ; daughter Anne and son-in-law Douglas Daniels, Framingham MA; daughter Jean, Marlborough, MA; son Thaddeus and daughter-in-law Siobhan, Clermont, FL; and granddaughters Kristin Marie and Karen Elizabeth Levandoski, Bloomfield, NJ. Visiting hours will be Monday, Sept 28 from 10:30 am – 12:30 p.m.at Baldauff Family Funeral Home, 1233 Saxon Blvd, Orange City. A Mass and interment services will take place later at Brigadier General William C Doyle Veterans Memorial Cemetery in NJ. In lieu of flowers, donations may be made to Hospice of Volusia Flagler, 3800 Woodbriar Trail, Port Orange, FL 32129. Online guestbook may be signed at www.BaldauffFuneralHome.com

The family of Theodore 'Ted' Z. Levandoski created this Life Tributes page to make it easy to share your memories.