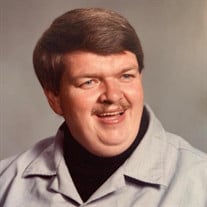 Theodore (Ted) Hamilton of Deltona, Florida went to be with his Lord and Savior on Saturday, July 3, 2021 at age 77. He was born August 18, 1943 in Wabash, Indiana to Fred and Geneva (Sriver) Hamilton, the middle child of five siblings. As a child, Ted loved biking, basketball and adventures with neighborhood friends. In high school, he loved playing his coronet and lettered in the high school band in Wabash, graduating from Wabash High school in 1962, and was a member of the trumpet trio that performed for multiple venues in Wabash and surrounding areas. Ted loved all sports, especially basketball, as he was a Hoosier, and also loved watching NASCAR. Ted was married to Ruth Elaine Hammonds on June 17, 1966. They began their marriage partnership in North Manchester, Indiana, living also in Wabash and Silver Lake, during the next 21 years. They were foster parents to nine children in four years, during which time Ted was Mr. Mom to the kids while Ruth worked. During this time, they also traveled for two years with Ted’s sister, Pat, in a music ministry through many towns and cities of Florida where Ted sang tenor in the group. Their love of children continued as they were part of a bus ministry at Olive Branch Church of God, in Roann, IN. Their bus ministry took them on a route that was 122 miles long and many interesting family situations. Ted and Ruth also loved being camp counselors at church camp for kids as well as actively participating in Vacation Bible School. In 1987, Ted and Ruth moved to Orlando, Florida to be neighbors to and help care for her parents. During this time Ted furthered his passion of fixing clocks of all kinds for friends and neighbors. Ted and Ruth again were deeply involved in children’s ministries in several churches in the Orlando area and Junior camps in the summer where Ted was known as “Mr. Ted” and his wife as “Mrs. Ted.” Ted’s most enjoyable job was driving the church bus and interacting with the kids. He also enjoyed singing in a large church choir, where they did many performances and dramas and loved playing his bass guitar whenever he could. During the last ten years, Ted and Ruth resided at 1001 Kenmore St. in Deltona and assisted in ministry at the City Sanctuary Church in Deland. On May 27, Ted suffered a stroke and was placed in ICU. He was on Hospice care on July 1 and passed on July 3. Ted is preceded in death by his parents, his brother Thomas, his sister, Patricia and a foster daughter Candy (Miley) Olson. He is survived by his wife of 55 years, Ruth Elaine (Hammonds) Hamilton, two sisters, Bonnie Reed and Nancy Wasylenko, both of Wabash, Indiana, and a second foster daughter, Kathy Hensley of Muncie, Indiana. He will be missed by four grandchildren and six great-grandchildren and many nieces and nephews. Ted’s memorial service will be held on Sunday, July 11, 2021 at City Sanctuary Church, 401 E. Taylor Rd., Deland, FL 32724 in the Senior room. Another Celebration of Life service will be held in N. Manchester, IN at a future date to be announced.

Theodore (Ted) Hamilton of Deltona, Florida went to be with his Lord and Savior on Saturday, July 3, 2021 at age 77. He was born August 18, 1943 in Wabash, Indiana to Fred and Geneva (Sriver) Hamilton, the middle child of five siblings. As... View Obituary & Service Information

The family of Theodore "Ted" Hamilton created this Life Tributes page to make it easy to share your memories.

Theodore (Ted) Hamilton of Deltona, Florida went to be with his...

Send flowers to the Hamilton family.