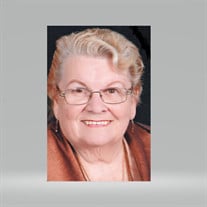 G.J. ‘Mildred’ White 90, affectionately known as the ‘Kate Smith of Deltona’ for her robust rendition of The Star Spangled Banner at just about every Military event or parade has passed away Saturday September-25 at Majestic Oaks in Orange City. She was a Women’s Army Corp (WAC) veteran, a member of the Korean War Veteran’s Association (KWVA), a 70 year member of the American Legion and 5X past Commander. Additionally she was very instrumental in bringing to life the Deltona Veteran’s Memorial Park and Museum where her uniform is proudly displayed. A Funeral Service with military honors will be held at Baldauff Family Funeral Home, 1233 Saxon Blvd, Orange City, Fl 32763, Wednesday, October 6, viewing from 11am to 1pm with a 1pm service and burial to follow at Deltona Memorial Garden, 1295 Saxon Blvd, Orange City, Fl 32763. Eulogies welcomed. Born in 1931 in Jamaica NY she was a 1st generation Norwegian American her parents having immigrated from Norway in 1924. She was just 9 years old as she watched in horror when Germany invaded Norway in 1940 and worried about family still there. As she followed the war efforts when the US got involved in Europe I think it was during those formative years that a patriot with a servant’s heart was born. She was too young then to serve her country but in 1951 at age 20 joined the Army to do her part. She was giving and kind. With her love of God and Jesus as her Savior she has sought to serve others when she saw a need. For example, she had heard that our brave wounded at Walter Reed were not allowed razors only electric ones and the DC area was sold out. She contacted a major manufacturer of electric razors and got them to donate 400 units which she then hand delivered herself. She was bold and determined. When Hurricane Andrew hit S FL she knew she had to do something. She went looking for donations. A storage company donated the use of 2 big units which she filled and refilled with donations of plywood, roofing material, tarps, diapers, food, water and so much more. Enough to fill 2 semi trailers which her daughter, an owner operator trucker donated her time and rig to haul to Homestead. She was fearless and capable. She would many times pack the kids in the car for a road trip from NY to Miami to see Grandma and then drive it by herself straight through in the mid 60’s. You can do or be anything you want as long as you want it bad enough and are willing to work hard for it is advice she gave often. It is no wonder her daughter grew up to be a trucker. She was a girly girl with a commanding personality, a smart loyal loving wife and mother, a gracious host and always a fashionable lady even if she did wear army boots. Always all in for God, Country, Family

G.J. &#8216;Mildred&#8217; White 90, affectionately known as the &#8216;Kate Smith of Deltona&#8217; for her robust rendition of The Star Spangled Banner at just about every Military event or parade has passed away Saturday September-25 at Majestic... View Obituary & Service Information

The family of Gertrude J White created this Life Tributes page to make it easy to share your memories.

Send flowers to the White family.