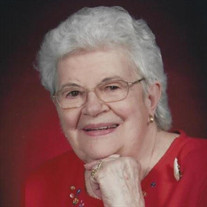 Corrine S. Timko, 93, of Deland, Fl died Monday, June 22, 2020. She was born in Versailles Boro, Pa. Corrine was the daughter of the late Homer Sweeney and Mary Belle (Exton) Reynolds. She was the wife of the late John Timko from Orange City, Fl. who passed in February of 1998. She is survived by her loving children: John D (Bonnie) Timko of Elizabeth, Pa., Rebecca A Puskaric of Winter Springs, Fl., Susan M (Jerry) Bunda of Moon Twp., Pa., and Barbara L Frazee of Oviedo, Fl. Corrine is also survived by her loving grandchildren (7) and great-grandchildren (6): Chassidy (Shawn) Wilson, Blake and Tanner of Winter Springs, Fl. Jason (Erin) Bunda, Bryce and Cameron of Moon Twp., Pa. Heather (Matthew Lignelli) Timko, Alessandra and Christiana of Monongahela, Pa. Stacy (Jeff) Beck of Washington, Pa. Dillon Timko of Elizabeth, Pa., Eric Puskaric of Winter Springs, Fl., and Anthony Frazee of Oviedo, Fl. She is also survived by many nieces, nephews, and dear friends. She was preceded in death by her brothers Roland Homer Reynolds of Versailles Boro., Pa. and Paul Wesley Reynolds of Carrollton, Va., her Son in law Edward (Butch) Puskaric, and her great grandson Luca Lignelli. Corrine was a life time member of the Ladies Auxiliary Military order of Purple Heart (MOPH), a member of the Association for Widowed Persons (AWP), and previously enjoyed time with friends at the Senior Center in Orange City, Fl for programs sponsored by the Council on Aging (COA) of Volusia County, Fl. She was known for gardening and baking skills, also her beautiful angel collection. Corrine was currently living at The Cloisters in Deland, Fl and enjoyed many of the social activities there. Corrine was an active member of St Judes Episcopal Church, 815 E. Graves Ave., Orange City, Fl. 32763. A memorial church service for Corrine will be held at a later time. And burial for both John and Corrine Timko at Cape Canaveral National Cemetery in Mims, Fl. will also be held at a later time. The family requests that any memorial contributions be made to her church that she loved: Stjudescentralflorida.org.

Corrine S. Timko, 93, of Deland, Fl died Monday, June 22, 2020. She was born in Versailles Boro, Pa. Corrine was the daughter of the late Homer Sweeney and Mary Belle (Exton) Reynolds. She was the wife of the late John Timko from Orange City,... View Obituary & Service Information

The family of Corrine Sarah Timko created this Life Tributes page to make it easy to share your memories.

Send flowers to the Timko family.